Distinguished Chairmen of the Icelandic-Chinese Trade Council and the KIM,

Thank you very much for inviting me and my colleagues to this Spring Festival Dinner, so that we can have the chance to get together and celebrate the Chinese New Year of the rooster with all of you, our old friends. First of all I would like to take this opportunity to wish all of you and your families a very happy Chinese New Year.

Today is the 7th January and it is also立春，meaning the Beginning of Spring, according to the Chinese Lunar Calendar. From today,  everything in the nature will recover after the long winter season. It is the beginning of rebirth, rejuvenation, renewal, resurrection and re-growth.  In China we have a lot of poems on this special day. I would like to read one of them written by Zuo Heshui in the Tang Dynisty entitled The Beginning of Spring，《立春》. 东风带雨逐西风，大地阳和暖气升。 万物苏萌山水醒，农家岁首又谋耕。Meaning: The east wind comes back with rain and the earth is warmed up by the sunny ray. Rivers and mountains are awakened and farmers start to plan how to grow their grain.

I am not going to talk about the poems on Spring since I have received a request to make a speech on “What could the Icelanders learn from the Chinese?”. This is really a difficult topic, because in China we usually do not force others to learn from us but we often are encouraged to learn from others. To be modest is our tradition and culture. We have a lot of old sayings on being modest. For example, Confucius have said “三人行，必有我师焉”（Two heads are always better than one and there is always someone to learn from.) Lao Zi, the creator of Daoism, whose work entitled 《道德经》(Ferlith og dygthin) have been translated into Icelandic by Ragnar Baldursson, said “江海所以能为百谷王者，以其善下之，故能为百谷王”（The rivers and seas can become the leaders of many streams precisely because they locate in lower valleys.)  According to this notion, I would like to say that the Chinese people and the Icelandic people should learn from each other.

First thing that I want to mention is that both China and Iceland has quite long history and rich culture. Iceland has a history of more than one thousand years while China has one of more than 5 thousand years. In China we often say that we should learn from the elders, as the saying goes “不听老人言，吃亏在眼前”（If an old dog barks, he gives counsel.)  The nations with long history must have more experiences and lessons. So we should learn from each other. I’m very glad to see that the cultural exchanges between our two countries have been growing rapidly these years. We have students who are studying Icelandic language and culture both in China and here in Iceland while more and more Icelanders are starting to learn Chinese language and culture. I am sure they will play the role in better bridging our two countries and our two peoples, helping us to learn from each other’s history and culture.

The Second thing I want to talk about is that both the Icelanders and Chinese are diligent. We both are very hard-working in fighting against the nature to control and change our destinies. The Chinese people have been working hard in plow land to cultivate crops for generations while the Icelandic people have worked hard in fishing mostly. Now both countries are still facing the same goal of developing economy and lifting up the living standards of our peoples. Only by being diligent can bring us prosperity and better life. China has achieved huge progress, especially since it adopted its reform and opening-up policy in the 70s of the last century, when Iceland started to develop the geothermal energy and promoted its economy in a green way. We shall learn from each other in adapting ourselves to the changing world with an open mind. We shall share the successful experience and cooperate with the people from other countries to make the world a better place for everyone.

Another thing that I must mention is that both China and Iceland share the same values in international affairs. We both uphold the independent foreign policy and the goals to maintain peace and prosperity of the whole world. China has always been pursuing a position that all countries, big all small, are equals. China has done its best to promote peace, cooperation and prosperity among nations, sticking to its long-term principle of non-interference in other countries’ internal affairs. China is a big country with a population of almost 1.4 billion. It is really difficult to govern. Lao Zi has said “治大国若烹小鲜”, meaning Governing a great state is like frying small fish, (too frequent disturbance should be avoided). I believe that all countries in the world, big or small, has its tradition, so they shall respect each other’s way of governing that is most suitable.

Finally, to do something practical to meet our need, I would like to suggest that we shall learn from each other in cooking. The Icelandic people may learn how to cook Chinese food and the Chinese people may learn how to cook the Icelandic cuisine so that we will have more choices in our life. The world is colorful just because there are many different cultures. We shall respect and learn from each other so that we will choose what we like and enjoy.

There are more we can learn from each other. I can talk for the whole night. But I would like to conclude now by expressing my best wishes to you all. I hope everyone would learn something new and have a fruitful and happy new year! I wish everybody a good health and great success in everything in the Year of the Rooster!

Thank you for your attention! 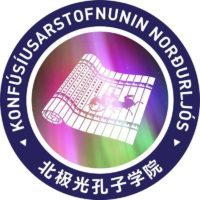 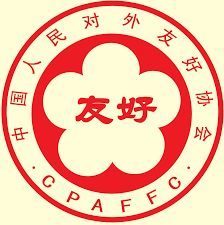 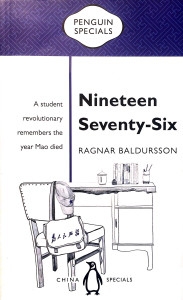 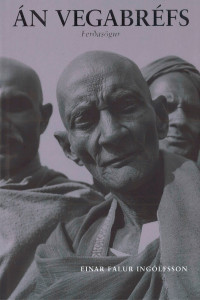